Got your running shoes on? Get them on now! Psalm 119:32; New Video Playlist

Hello everyone, blessings and as much love and thanks I can send, I am sending to each and everyone of you!  I am in the process of downloading 3 new videos, they are long (of course they are) but to be honest, they don’t even cover but a speck of what I have been given during my time in “God School”.  Please watch them because I doubt there is time left to do any more.

PLEASE GO BACK AND READ MY POSTS FROM JULY 2015

Last year, I tried to explain over and over how important July was and what exactly this month meant in the realm of things.  Well, just as the Jewish calendar has 2 New Years, 2 start dates, months, beginning times, etc., so do we…January and July.  Included within these months, we also have the Jewish months of Tevet and Tammuz, sometimes Shevat and Av.  This means we have 12 months, but really, they are paired – have sibling months as Summer/Winter and Spring/Fall each have 6 months total.  This also describes the 6 hours of the clock, time – showing each side within a 24 hour period also have a twin, both in the AM and in the PM.  This is how His time is divided and His days are divided…always 4 sections just like our hearts and His Heart.  Then, all is divided within Seasons, then the two parts of the globe, being the Northern Hemisphere and the Southern Hemisphere; it all matters when understanding WHO HE IS AND HOW HE DOES WHAT HE DOES!  To top that – all those dates then get paired making each one of those having 4 dates, then again where each date is really 6 different dates…

But, today, right now, I want to get out there what today, tomorrow and the rest of the week is about and why it is SO IMPORTANT!  All of the days, years, signs and events have aligned together which has never happened like I see it doing now.  The “world” is not seeing what is layered between the pages of the Bible as they are blind.  They do not truly understand His Time (not that I totally get the “whole” picture either), but if you’ve put everything in your life to the side and studied in God School, there is no way anyone could miss it.  First of all, we are still in 2012, 2013, 2014 and 2015.  Yes, that is correct.

We are going to go through the waters above – past the waters before anyone crosses over into the Promised Land, remember Joshua and the 12 spies.  When asked to search this land out that they had to “pass-thru”, ten of the spies gave bad reports because the men there were Giants.  This land again must be passed through – it’s the Angels though, not the Giants – the Land of the Trees.  Remember, trees are Angels and what is so surreal about this timing of events…the New Year for the Trees in this hemisphere will be on the 23rd of the month.  What happens on this date?  Oh, the TREES WAKE UP OUT OF THEIR WINTER SLEEP!  So, the Sleeping Giant is literally going to be awakened within the next 3 days…ARE YOU READY!

Please do not be fearful…just stand in faith and know that HE HAS YOU!  Starting tonight and into tomorrow, the constellations are right on point too!  Please go to earthsky.com July 20th Signs in the Sky and then read the Moon/Planet lineup for tonight and the rest of the week – it’s unbelievable!  What is even crazier, is this bit from their paragraph on how the Sun entering into Cancer during a specific time has not happened since 12 B.C. – 2000 years ago!

Signs of the tropical zodiac remain fixed relative to the equinox and solstice points. Therefore, the sun always enters the sign Cancer on the June solstice, irrespective of which constellation backdrops the sun at this time.

Now, as I’ve said, I believe this is the time we’ve been watching for and up until August 19, 2016, sequenced days of events also fall perfectly in-line.  This date incidentally, is also Av 15, the day that ends “Dying in the Desert” and also, that 5:15 alarm “time/date”.

Could I be wrong, sure I could.  We know what our Father in Heaven wants us to know, allows us to know and what a kick He is getting watching us put these puzzle pieces in place!  But truly, I believe with every single thing I have in me, thank you Lord, that is starts now, within the next few days, I believe.  It will not be as everyone thinks, remember this.  The thief comes in the night hours – it mimics when Jesus was arrested in the garden.  What time was that He was arrested?  We are going UP – this is the Path of our Exodus and so we must pass through what the Israelites crossed, walked and where their division was made is where we too will part ways.  All get to “cross-over” but some go to the darkness and some go straight to the Lord.  Below is a picture that may help give a visual: 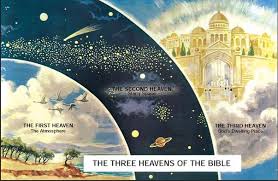 I think this picture is missing a few layers…but I could be wrong!

I believe we are in the Realm of the Dead – Jonah’s Whale.  When the “Fountains of the Deep” open, that is the whale’s blow-hole releasing Jonah from it’s belly.  We are definitely in the Belly of the Whale but it wasn’t until I saw this picture that I realized just where we REALLY were!  Yep, that’s us, I believe, in SHEOL.  I could be wrong, we could be at the point of “THE EARTH” but I don’t think so as we are under the “EARTH”; the basement I call it and we need to get to the roof.  This is where King David saw Bath-Sheba, bathing on the roof, again this is another huge clue.  This is the CAVE that Adam and Eve were sent to; the CAVE that is mentioned in the Bible where so many ran to, lived in.  Could I be wrong, sure I can but until I find a better description of what I know is true, this is the best picture to describe just what our Exodus Trail will look like.

We are at the time of Jonah, Elijah and so many others.  If I have time, I will add to this post later this evening.

Remember Tammuz 15, 16 and 17 are HUGE in the patterns of Bible.  It was Tammuz 16 Moses was to come down from the Mountain but when he didn’t return, the Israelites made Aaron build them the image of the Golden Calf…the false idol was made.  Moses did not come back down until the next day, Tammuz 17 and as luck would have it, it was at that exact moment they started the worship and praise to this molten image.  This was to be, however, the day God wrote His Word onto the hearts of His People…the day of marriage and union but it never manifested into play.

Until I can finish this, stay watching, stay “pure of heart” and forgive all…RIGHT NOW! lol Seriously, do this today and every day from now on…so important.

I believe this is what should be posted next:

I love you all and I’ll see you soon!  Oh UPDATE – I’ve just uploaded 3 new videos on a playlist and they are attached below!

Posted by friendofheaven on July 20, 2016 in Uncategorized

Lessons, visions and dreams from Abba - My personal journey

Sharing Some Heavenly Help, Common Sense and Sharing the Tools for NOW

"For GOD So Loved The World, HE Gave HIS Only Begotten Son, That Who So Ever Belived In HIM, Shall Be Saved"... John 3:16

Daily Thoughts and Meditations as we journey together with our Lord.

Sharing Some Heavenly Help, Common Sense and Sharing the Tools for NOW

The Art and Craft of Blogging

The latest news on WordPress.com and the WordPress community.